It’s easy to forget that Osaka is actually a port city, but when you take the Chuo subway line or the JR Yumesaki Line out west for about 20 minutes, you’ll find yourself looking out over Osaka Bay and the Inland Sea. If you like large American-style attractions and Western fast food, you’ll probably like this part of the city. Needless to say, it’s popular with Japanese and international families.

Universal Studios Japan is almost a separate world, with several dedicated hotels and its own shopping and dining areas. In contrast, Tempozan is more of a daytrip destination (even a half-day destination) and is better for those on a limited budget.

Things to See and Do in Osaka Bay 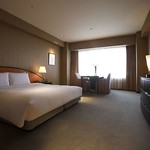 Places to Eat in Osaka Bay

No one would accuse the Osaka Bay Area of being a fine dining paradise. Most of the restaurants here exist to serve the families who patronize Universal Studios Japan and Tempozan. Still, if you explore the following places, you can find some pretty decent food, including some traditional Japanese food.

Places to Stay in Osaka Bay